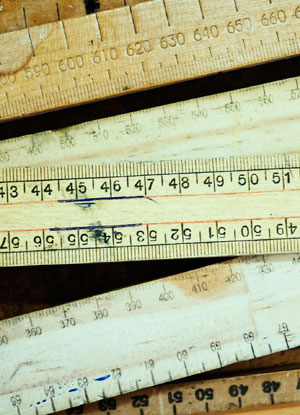 Take a look at any runner's wish list of forthcoming races, and you'll probably see a heady mixture of magic miles, marathons, and everything in between. And even though some of us may have a natural preference and ability at a particular distance, our race performances at different distances are linked together.

Your most recent race time can give you a useful insight into your equivalent times across the board, helping you to plan realistic racing and training paces, and highlighting which of your best times might be ripe for reducing. Understanding where you are is the first step to take when looking to the future.

Over the years, a number of systems have come into common use, from the simple to the scientific. Here's a brief overview of three of them:

The harder you work during a run, the greater the volume (V) of oxygen (O2) your body uses. There comes a point where you can't use it any quicker – determined by various things, like the function of your lungs and circulatory system, and the capacity of your muscles to make use of the oxygen. This is referred to as your VO2Max. You can get it measured in a sports science laboratory, or you can estimate it based on a recent race time. Jack Daniels and his colleague Jimmy Gilbert came up with a formula to do just this. And if you work out the estimated figure, and then crank the handle backwards, you can also use it to suggest equivalent performances at different race distances.

Get An Estimate of your VO2Max

Built to enable people of all ages to compare their times, the WAVA system also allows us to compare our performances at different distances. It's based on a study of the best times recorded by top level athletes in different age groups, from nippers to nonagenarians. By looking at how we all slow down as age catches up with us, a system was developed that could boil down every race performance (irrespective of age, gender and race distance) into a figure between 0 and 100. If you'd like to know more about it, here's a more detailed description of WAVA. Once again, if you can work out your WAVA rating for a given race performance, and then work backwards, you can find out the equivalent times at other distances.

Peter Riegel created the simplest method of all for prediction by formalising the one rule we all know about racing: you can't run a marathon at your 5k pace! In other words, as race distance gets longer, so your maximum pace drops. The formula is pretty straightforward:

The 1.06 constant is used to reflect the rate at which we slow down as races get longer. If it was a nice round '1', it would predict that you could run all your races at exactly the same pace. If it was as high as '2', then even the fastest mile runner would take nearly two days to complete a marathon.

I fed my recent 10 mile race time (1:19:35) to each of these methods to see what they suggested. Here are the predictions:

Despite coming from three rather different methodologies, the results are pleasingly grouped. At one end of the scale, the suggested 5k times are all within 19 seconds, whilst at the upper end, the marathon predictions are within a two minute window. What's most pleasing to me is that the elegant simplicity of Riegel's formula stands up to the more elaborate systems.

A Word of Caution

Although all three broadly agree, most people with a 1:45 half marathon will tell you that converting it into a 3:40 marathon is quite a feat. And there's the crux. These predictions all agree, give or take, and in the laboratories, and at the peak of performance, no doubt they fit the data. But to the rest of us, are these predictions still valid?

In a previous article, I looked at the relationship between half marathon and full marathon bests, and found that the Riegel formula (and by comparison, WAVA and VO2Max) was making some rather punishing marathon predictions. In a sample of over a thousand runners who had completed at least five runs at both distances, only 3% of them managed to equal or better the marathon time that their half marathon suggested. There are also hints of this, albeit less strong, in the transition from 10k to half marathon.

There's no doubt that training for longer races requires a significant amount of focus, and perhaps the seemingly tougher predictions point at the need to reprioritise our efforts. Anecdotally at least, marathon training is often centred around the monolithic long run, and whilst there's no doubt of its benefits, it's possible that this emphasis puts the squeeze on other aspects of training.

It should also be remembered that we often prioritise successful completion, rather than a goal time for our early marathons. Our 5k and 10k runs are more likely to be within the realm of our regular training run distances, which allows us to focus more on time. It would seem that marathons have sufficient gravitas to bend our mental attitude towards training.