Oscar the Grouch asks: So pleased to see this award for you. Enjoy reading your blogs. I guess I have two questions. What lead you to life at Birchinlea and have you considered gathering your thoughts for a book of life at Birchinlea (change the names to protect those involved!).

Fellrunning says: Thanks Oscar. The first question is a big one that could take up a whole blog on its own so I'll give the short version.

For a long time Shel and I led a pretty conventional life. Then out of the blue Shel attempted suicide and was only saved by pure chance. I gave up my job to give her the support she needed and help look after our three children. For a while we really weren't in a good place at all and were in danger of losing our house. A friend happened to mention that the Derwent Estate were looking for an estate manager. I contacted the estate trustees and despite my knowing next to nothing about managing an estate they gave me the job. I'd passed Birchinlea on some of my more adventurous training runs. We couldn't afford to live in our old house so I persuaded them to let me live there as part of the remuneration. It wasn't very habitable and with three young children I think they thought we were slightly mad. The rest as they say is history.

As for the book. Well I keep trying to put something together. Every winter I say to myself "This year I'll do it" and then I don't. Who knows - perhaps this will be the year!!

I shall ask my usual question with a small addition. You are stranded on a desert island. You can take one type of food, one book and one Fetchie. What and who do you take and why? Would you still want to blog? If so, would you swap your chosen book for pencil and paper?

The food is easy: Rice pudding. Shel hates rice pudding and won't let me have it. On the rare occasions that she's away from Birchinlea I make a big rice pudding!!

The book: I'm assuming the island has The Bible? If so a book about the natural history of the place where I'm stranded please. If I'm going to be there a while I'll want to get in tune with it.

The Fetchie: Tricky. I have a shortlist: I enjoy Glenn R's blogs about my old home town, I also love to hear about D2 and Indi. Vraps dry humour makes me smile, and Mcgoohans out and out zany blogs make me laugh. The winner though would have to be Helegant. She's shown herself to be the most resourceful, practical and determined of people with her Lejog adventure. I think those qualities would be the most useful in that situation. Add to that her gentleness and calm and I think between us we could figure out how to escape.

Would I swap the book for a means to write? Yes I would. It's the way I've found that I can express myself the best. I'd want to be able to carry on doing that.

westmoors asks: Congratulations Fellrunning. If you could meet anyone, past or present, who would it be and why?

I'd want to go back to 1st century Palestine and meet with Christ. Not in a sycophantic way, but man to man. I'd want to get to know the real Jesus, what he was really about. Whether you're a Christian or not he's the single most influential person in history.

Diogenes asks: Congratulations Fellrunning, and to Shel and Birchinlea who play such a part in your tales.

You frequently quote poems/songs, who are your favourite poets and songwriters?

We don't possess a TV so we listen to a lot of music and read a lot, so there's a long list to choose from!!

For me many of the best songs are simply poetry set to music. A lyric has to speak in the same way as a poem to appeal to me.

I suppose my very favourite songwriter is Adam Duritz from Counting Crows. A lot of his lyrics speak to me quite deeply. I'm also quite fond of Jon Freeman of Switchfoot.

My favourite poet? Brian Patten, closely followed by Roger Mcgough. I was brought up on the Liverpool poets..

1step2far asks: Congratulations on MOTM. How did the looking after/support of those who were a bit lost come about?

We started off giving recovering addicts a place to stay for a week at a time. This was at the behest of a community minister we knew in Sheffield who did work at the rehab centre there. Again I think people thought we were a little mad as we had three growing children, and Shel was very vulnerable at times. Some of the addicts were still kids themselves. Perhaps it was the vulnerable recognising the need in themselves but we found that people wanted to keep coming back. Gradually we've invested more of our time. It was something of a jump to start offering full time employment, but once we'd started we just didn't seem to be able to stop. We honestly don't do anything special.

Serendippily asks: Congratulations Fellrunning I love your writing. What was your first fellrun?

Fellrunning says: Woa now that's a long time ago. When I was at University in Nottingham I'd go out to the Peak District rock climbing with my mate Dave. One summers evening we were on Burbage when this bunch of runners came along and basically ran up the cliff. I thought "I'll have a go at that" so a couple of weeks later I entered a race at Tideswell. It almost killed me - but I was hooked. This was in 1977 so I don't think that particular race is still going, although there is still one at Tideswell it's a different route.

RRR-CAZ 🇬🇧 asks: Congratulations Fellrunning - If you could have a golden ticket to any sporting event what would you choose to watch.

It would be the Le Mans 24 hour race. I'd love to experience that at first hand.

I’m sure there are many of us who would love to experience life at Birchinlea,ever thought about setting up a holiday cottage in the grounds ?

For a while we were renting out one of the estate cottages as a holiday let. However we got funding for another worker so we had to stop letting it out. It's something we've discussed and it may happen at some time in the future.

Helegant asks: Congratulations on winning MOTM. I enjoy your blogs and your musings on life. Would you ever consider appearing at a Fetch Mile, whether running or not?

Yes I would consider the possibility of appearing at a Fetch mile. I don't run competitively so much now, but I'm still active in the fell running scene in other ways, such advising the FRA about access issues.

Fellrunning says: Many thanks Ness

The best piece of running advice I was ever given concerned running downhill: "Always look three strides ahead"

The best piece of life advice? "Be not forgetful to entertain strangers for thereby many have entertained Angels unawares" (Hebrews 13:2)

Seratonin asks: Well done sir - you are a worthy MOTM winner. A corny question but one that I genuinely am interested in seeing your answer. If you could have 4 people, living or dead, real or imagined, round for dinner - who would you have? Keep up the excellent blogging.

Fellrunning says: Thank you. It's not a corny question - actually it's hard to narrow it down. They'd have to be interesting and/or engaging. A while ago Shel and I sat next to Kier Starma on a flight from the US. We had an interesting and engaging conversation over a wide variety of topics. So I think he'd be on my list. I'd like to include David Attenborough as we'd be able to talk about the wonderful wildlife here. From the world of sport I'd have Emile Zatopec, one of my running heroes. Finally I'd like to invite Lisbeth Salander the heroine of "The girl with the dragon tattoo". She'd be great company for Shel, as they share so many traits. 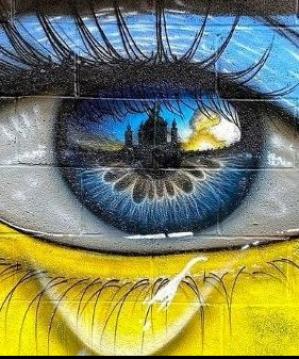 D2 asks: Congratulations! What is your favourite type of tree and why?

Fellrunning says: Thank you D! Again that's a hard question. There are so many to choose from. King Oak would be high on my list, and I have a real soft spot for the Hazel. My absolute favourite is the Hawthorn. It's white blossom welcomes in the warmer days of spring, the red berries come at the end of summer, and the golden leaves fall to herald the onset of winter. Its a tree for all seasons.

TheScribbler asks: Congratulations. Your lovely blog posts are one of the many unexpected pleasures of this site. You write beautifully, so who are your favourite writers?

Fellrunning says: Thanks. Oh there are so many writers I enjoy. I was lucky to be brought up in a house full of books. I enjoy a lot of the Scandinavian writers. Jo Nesbo, Asa Larrson, Anne Holt, are amongst my favourites. I also enjoy the adult books of Tove Jansson. Closer to home Mark Wallington's books make me laugh, and I enjoy Joe Simpsons books as well. Of course, never having really grown up, Shel and I enjoy the writings of Kenneth Graeme and AA Milne.

Carpathius asks: Congratulations! An excellent winner. What is your favourite month of the year and why?

Fellrunning says: Thank you. It has to be October. There's a sense of change, everyone is getting ready for the colder weather, but it hasn't quite arrived yet. There's a sense of beautiful melancholy as the valley slowly goes to sleep. I love the earthy scent. 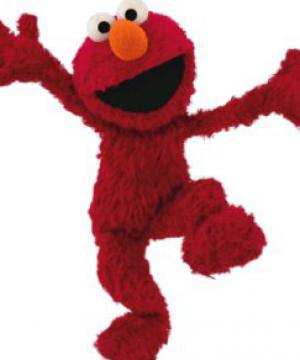 Footpad asks: Love reading your blogs and having a little peek into your life. I would love to see first hand where you live it sounds magical... I expect a horde of Fetch visitors would sort of spoil it a bit tho

Fellrunning says: The Valley is a popular place in the summer, and we do get our fair share of visitors. Often people don't realise they're passing quite close to us and in a way that suits us just nicely. We're friendly enough, but we don't advertise ourselves. Most of the places that I mention can be visited by anyone. Some are harder to find than others.

phal asks: Congratulations! Which has been your most memorable experience/achievement in your fellrunning past?

Fellrunning says: Thanks Phal
I guess my best achievement was my second BGR which was a solo winter round. Back when I did it not many had been achieved so it was quite special. My best experience was my final 3 Peaks when my younger daughter finished ahead of me and ran back up the course to find me and run the rest with me.
Back To Top