My day at the British Athletics course 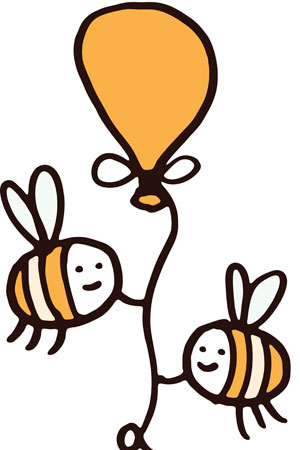 On Saturday morning, I bumped into Iva Barr. At 86, she's the oldest female runner in the London Marathon, and therefore about as far from being a beginner as it's possible to be. And yet whenever we see her, she's always encouraging, and shares her positivity with us.

I was on my way to the day-long Leadership in Running Fitness course from British Athletics, so it was a perfectly timed reminder that experienced and enthusiastic runners can have a huge impact when it comes to inspiring beginners and novices.

With a few years of running under your belt, sharing your experience can really help others. If you've ever thought about leading a group of runners, or getting involved with coaching at your club, the course is certainly billed as a decent place to start. I thought I'd share my own experiences of tackling the LiRF course, in the hope that it will help you decide whether it's something for you.

I had several reasons for attending the course. I'd seen my lovely wife lead a group of beginners from their respective couches to their first 5k, and they're now tackling ten milers and half marathons - and it's been an immensely rewarding process for her. I've also been putting together some pages for beginners - it's a long time now since I started running, and so I thought it would be good to help me look at running from a beginner's perspective again.

All in all, I was a bit nervous as I finally found the right meeting room. Seven years of working from the comfort zone of home isn't especially conducive to standing up in front of strangers and telling them how to exercise. Our day began with an arc of chairs surrounding a flip chart, with the ladies congregated on one side, and the men on the other - a bit like an old-fashioned dance. But it soon felt more like an episode of The Apprentice, as we were broken up into teams and asked to brainstorm ideas about the essential components of a typical training session. You'll be pleased to know that cake was mentioned!

Although we started out in a similar fashion to most corporate courses, there were some critical differences. Firstly, we weren't falling asleep whilst someone from middle management talked us through the new system for booking annual leave. We were talking about RUNNING! And secondly, we didn't stay sitting down for long.

There was a lot of theoretical stuff take in - discussing the role of a leader; planning and delivering a variety of sessions; making them fun; making them safe; organisation; flexibility and stretching; components of performance and fitness; understanding and targeting energy systems; recovery; defining goals; dealing with injuries; dealing with prejudices; youth development; and perhaps most importantly, ensuring an inclusive style of leadership that focuses on individuals.

If you've been running for a few years, then the chances are that you've probably absorbed quite a bit of this stuff, even if you haven't put it into a formal structure, or taken the time to think about everything you've learnt. Needless to say, our entire group were all runners, and there was never a shortage of answers when the lecturer was posing the questions. In fact, there were moments when I wanted this bit to go a bit quicker.

But there's a massive difference between being able to recall all this stuff within the comfort of the classroom, and being able to master it when leading other runners. Within an hour, we were standing on the infield at the running track in small groups, taking turns to lead each other through warm-up exercises that we had to make up on the spot.

Imagine you're a novice beekeeper, and your beekeeping sensei has just opened the hive, banged the side with a rolled up newspaper, and told all the bees that you're the new queen. Oh, and you've forgotten your costume. And your brain seems to have been stolen. And the sensei is standing behind you telling you pointing out everything that you're doing wrong. There's an instantaneous realisation that careful planning and reducing complexity is the way to avoid getting stung.

The emphasis throughout is on mastering the basics of effective group management, through simplicity, clarity and good communication in both directions. And as if to prove a point, the moment that has stuck in my mind was a simple one. We were asked to observe some runners who had been told to imagine they had helium balloons attached to their heads. The results were thought-provoking - they didn't just run with a more upright style - they also opened up their shoulders, which in turn got arms pumping harder. A simple instruction can have a far-reaching impact.

The course materials do their bit to help boil the essentials down to the core components you need. There are flash cards on various topics, from safety to technique, to stretching - each containing bullet-pointed reminders of the key things to remember. However, it's hard to imagine following every single recommendation. For example,when demonstrating stretches, it's suggested that the leader should remain silent, so the onlookers can concentrate on the position of arms and legs. I think this is debatable, or at least unlikely for me, as a chattering Welshman who can never end a sentence without making a head start on the next one. But by setting out a framework, it does ensure that would-be leaders come away in a position to consider the wide range of elements that go into leading a group - and in doing so, the course achieves everything it promises.

Since completing the course, I've started leading a small group of parents at my son's school, tackling Couch to 5k. Completing the LiRF course and getting your license gives you insurance to lead a group, and access to additional resources to help inspire and look after your runners (although you can get lots of similar stuff on Fetch). I came away from the first session with a big grin on my face. All my beginners had done really well, pushing themselves out of their comfort zones, leaving me glad that I'd pushed myself out of mine. Pic: MightyIsland / Getty
If you're contemplating leading a group of beginners, have a look at the Fetch Beginners Programme - it follows the NHS Choices Couch to 5K schedule, augmented with some useful Fetch tools, and support from the wonderful Fetch community.