A look under the bonnet of some classic cars

From an early age, I've had an unexplained fascination for rusty old machines. It's a feeling that becomes even more intense if I see that they've been stamped with a number. I find myself imagining how they were once so ubiquitous or unimportant that they were mere numbers in a list. But yet here they are, continuing on, exuding so much character and a dogged ability to have survived until this point, whilst all their fellows have disappeared. It's hard to believe that these magnificent survivors were ever appreciated so little as to be given numbers, not names.

As runners we tend to have a fondness for numbers, but we also have an unfortunate tendency to rust up a little as the years advance. It's unlikely you'll ever see anyone over 40 win a major marathon, and Justin Gatlin at 30 was the oldest man in the 2012 Olympic 100m final. Of course there are exceptions, like Carl Lewis, who was still competing at the highest level into his mid-thirties, and Merlene Ottey, who was a semi-finalist in the European Championships at 46. But unfortunately we all have to accept that there comes a certain age when that Olympic gold medal is no longer within reach.

Fortunately, for all of us who are sliding down the wrong side of the hill on a tea tray, there's an insurance policy – commonly referred to as a WAVA Rating (this used to mean World Association of Veteran Athletes – the governing body for veteran athletes, but they call themselves World Masters Athletics now). In short, it's a way to measure your performances that takes your age into account.

The easiest way to explore under the bonnet of WAVA is to look at some numbers from Fetch. The first graph on the right shows you the fastest times recorded at 10k for Fetchies of all ages, from 16 to 77. Mrs Jigs, Mother Duck and Manc Girl are busily carving up the white curve for the ladies, whilst RunningBob, brotherjohn and oldrunner72 hold 14 of our men's 10k age records between them.

WAVA works by using the curve on this graph to shape our universe. It doesn't use the absolute fastest times in the world, because I think we'd all agree that there's something quite unique about people like Usain Bolt. But with a bit of statistical deep breathing, it's possible to generate a nice smooth curve that shows the current limits of what's possible at every age.

The curve is then flipped upside down - think of it as a graph showing relative race speed. It's the second graph on the right - you can see the official smoothed-out WAVA curve for men's 10k in yellow, and our unsmoothed Fetch men, bubbling away just underneath. The yellow line tells us that a sixty-year-old man who runs a 10k at four-fifths of the speed of the world-record holder should consider himself to be just as much of a world-beater as Mr Bolt.

These curves have changed shape a few times over the last twenty years, particularly in women's running. Tenacious ladies like the ones I've mentioned above have redefined boundaries, pushed envelopes, shattered ceilings, and kicked asses!

We can't all be pioneers or ass kickers, but we can all work on improving our lot and keeping our bodywork rust-free for as long as possible. Let's concentrate on that sixty-year-old man, and imagine him running his 10k at four-fifths of world record speed. WAVA automatically gives him full marks – a 100% WAVA rating, top of the pile. But if you're the same age and gender, and can run at half the speed he does, then you score 50% WAVA. If you run at three-quarters of his speed, you get 75% WAVA – and so on.

You may never knock that man off his pedestal, but you can enjoy climbing as high as you can, safe in the knowledge that when your next birthday comes, the summit gets that little bit closer - all you need to do is hold on!

This might all seem pretty complicated, but the good news is that all the numbers and sums can be squeezed into a calculator small enough to fit in a web page. Enter your details to see your WAVA score:

This wonderful system paves the way for people to have fun competing with each other irrespective of age difference. It also enables you to compare races of different distances, and is a good way to work out what time to aim for when you move from one distance to another (although comparing a mile race to a marathon is always a bit of a stretch). It offers a small amount of compensation and a bit of fun to those of us that look back on PB's, rather than look forward to them.

Of course, what it ultimately does is boil down all that hard work, sweat, effort and achievement into a number – but in my eyes, that just makes it all the more fascinating, no matter how rusty you are. 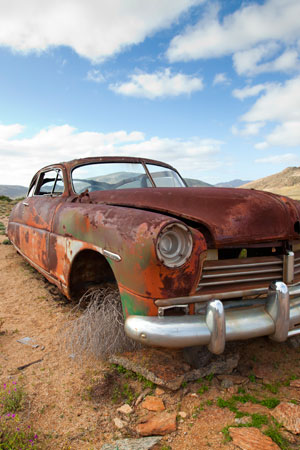 Plenty of miles left in this beauty!