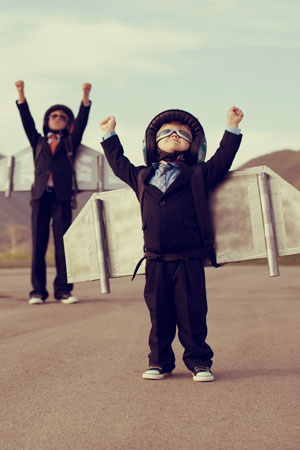 When you've got a big race coming up, it's tempting to look for clues in your training to work out how things will turn out on the day. A recent race is always a helpful guide, using a Race Time Calculator - but if you've nothing to compare with, it can be pretty difficult to estimate whether you're destined for the stars!

Of course, it's always impossible to know exactly. The course may be hillier or rougher than you expected; the wind may be blowing a gale; you can get the fuelling wrong; you can mess up your pacing strategy, or have an unrealistic target in mind. You might be tired, hungover, or plagued by demons. Your shoelace could come undone.

And that's just race day! During those long weeks of training, there are an enormous number of variables at play. There are so many different training plans and methodologies, and variations enforced upon us by the pressures of life - it's hard to know where you stand.

Fortunately, we have a lot of data on Fetch - 75,000 10k performances, from over 10,000 runners. And of those performances, 25,288 come complete with oodles of information about the training that took place beforehand. Thousands of chunks of hindsight, enabling us to predict and shape the future!

When looking for patterns, it's important to think about things that might obscure them. For example, new runners are in an excellent position to set their best times. It's a guarantee in the first race of course, but a typical newbie will set a new PB three times in their first five 10k races. But by your 20th race, you're doing well if you've beaten your PB six times.

NB The graphs embedded in this article might be a bit hard to see - especially the numbers. Click them to see nice big versions. This graph shows a count of your 10k races along the bottom, and your PB's up the side. For example, by the time you've completed ten races, the probability is that you've PB'ed four times.

To remove this "new runner" effect, the data was restricted to runners who had completed at least five 10k races. Further to this, the list of performances was whittled down to those runners who had set new bests. We can make the assumption everything went right on the day - and if it didn't, they at least got a PB - and it's hard to turn the idea of that down, right?

My study then looked at the ten weeks leading up to each of these performances, in order to establish some patterns in training. I grouped the runners into two-minute bands, and looked at their mileage, pace, and the amount of time that they committed to their training.

The overall training mileage graph below shows a strong correlation between training volume and race outcome. Faster runners tend to run more miles. But although this does seem to fit in with a lot of runners' experiences, there are statistical and common-sense factors that mean you should be cautious about making mileage your one and only king. This graph shows the ten week mileage total for each time group. For example, a typical 40 minute runner would run 294 miles (median) before the race.

Within each of these performance groups, there's quite a bit of variation. Within the 40 minute group (composed of 490 runners), the variation in mileage was reasonably large. Ten percent of them ran less than 190 miles in training, and ten percent ran more than 443 miles.

The training mileage of all the runners in the 40 minute group. For example, 23 runners managed to complete a 40 minute 10k on just 175 miles of training.

It raises some questions that are unfortunately beyond the scope of this study. How do some runners manage a 40-minute 10k on much less mileage? Are the runners who do more than 300 miles wasting some of their efforts? If you have 300 miles to ‘spend', can you use them more profitably, and get a better race time?

Returning to our 10k performance groups, it's also clear that runners at the faster end of the scale devote more days to their running - but those of you who are considering running yourselves into the dirt should note that even 34-minute 10k runners devote at least two days a week to non-running activities. Rest is important! The total number of days spent running. For example, a typical 42 minute 10k runner will run on 38 days out of 70 pre-race.

But perhaps one of the key things to note is the relationship between race pace and training pace. Over the years I've seen lots of people who have set out with the best intentions to improve their times, but have tried to do this by going out and doing absolutely everything faster. And it often ends in injury or apathy, way before those glittering personal bests have taken so much as a scratch. Yes, it's likely that to get faster, you need to do some of your runs faster. But not all of them.

The blue line on the final graph (above) shows race pace (in minutes per mile) for each of our performance groups. The join between the green and orange bars represents the typical (median) pace that each group trains at. As a rule of thumb, typical average training pace is about 90 seconds/mile slower than race pace. The upper and lower bounds of the bars show the typical range of training paces that each group trains at. For example, the 40 minute group (that's 6:26/mile for a 10k) have an average training pace of 7:59/mile, but their recorded training entries typically vary from 5:46/mile down to 10:12/mile.

Yes, you heard that right. Even sub-40 runners will still include MUCH slower runs in their training regime. Diversity of pace is an important part of your training regime, irrespective of your abilities. As we've seen in Be Your Own Boss, the physiological benefits of training are heightened when you learn to target specific paces, and by remembering that each type of training run has a purpose and an associated pace - rather than going off like a rocket all the time.