Serendippily asks: Congrats Joopsy. Who wins the award for the best webcam dance

Joopsy says: Thanks but that's easy Serendippily, I was just the spark that lit the flame whilst on holiday in 2016, then along came Bint and took it to a whole new level with her 'Single ladies' thing. That girl has got the moves !

pedroscalls asks: Congrats, my question Is, if time and money were no object what race or route would you really want to do?

Joopsy says: Thank you Pedroscalls. If I chose a race it would probably be the West Highland Way race, I've spent so much time up there training and supporting but I'm not sure I will ever have the time to train and get into the kind of shape I'd want to be in to race it.

If it was a route I'd love to take a leisurely few weeks and run/walk/plod around the South West Coast Path, it's such a magnificent area and would be a big challenge for me. One day maybe!

BigChiefRunningBore asks: Is this year "our year"? Album of the year so far?

It's always your year mate, even when it's not your year.

Album of the year so far, blimey, tough one. There's been some amazing stuff again this year so I'll give a few notable mentions first that I absolutely love;
Tom Williams - All Change.
Life - Popular Music.
Mr Jukes - God First.
Toothless - The Pace of the passing.

I think standout album so far in 2017 though is Father John Misty with Pure Comedy. Total Entertainment Forever is just a work of art in it self.

Worst album is anything recommended by Hendo.

.B. asks: Congrats on motm, well deserved. St Ives is a favourite place for you abd your family, please can you share three tips of things to do or places to see for Fetchies who decide to visit?

My favourite place in the world is Porthgwidden beach in the sunshine, it's the place I made you run to immediately after meeting you for the first time!

Trencrom Hill is just off the St Michaels Way and is about 3 miles outside of St Ives, it's not too much of a climb but the views over both coasts when you get up there are just amazing, there is a NT car park at the foot of it so you can drive up there. A picnic on top of Trencrom is a lovely experience. I often run up there if I am doing the St Michaels Way and stop the world for a while.

Gwynver beach is a wonderful place, about 10 miles south of St Ives but well away from tourists, it's not signposted and is down a steep descent but is glorious once you get there, it is on the maps and you walk right over it on the SWCP but not too many know about it as they follow the signs to Sennen beach. Always to be combined with a trip to the Tinners Arms at Zennor, a truly magical place.

If you had an enormous windfall (say, half a million pounds), what would you spend it on: a bigger house, a sports car or a once-in-a-lifetime holiday?

Joopsy says: Thanks VP! Mmmm, probably none of those really. I don't desire a big house, they tend to
require more cleaning and have bigger gardens to tend to! I have absolutely zero interest in cars and have never understood why other than for practical reasons you would care what car you drove. And I probably wouldn't be up for a huge holiday unless all the family were coming with me, and that's very unlikely due to them being at school. I would almost certainly retire if it worked financially, or at the very least change my job to something part time so I could spend more time with my family, I really like them.

Peacey asks: No question, just to say this is overdue and you’re a legend. Big love brother 💙

Joopsy says: Thanks Bint, last time I saw you, you were on a stretcher!

Fish and Chips gets me every time

Book would be Riders on the storm by John Densmore, I have a huge love for The Doors.

I could cheat and say my wife as she is registered as a Fetchie, she is easily the best person on earth but she never logs anything on here. Otherwise it would be Hendo, just so he could spend forever trying to introduce me to bands that I instantly dismiss as being bobbins.

westmoors asks: Congratulations Joopsy. If you could meet anyone (living or not) who would it be and why?

Joopsy says: Thanks Westmoors. It would probably be Eric Cantona, not only is he a hero of mine but it would also infuriate Diogenes!

Night-owl asks: Congratulations Joopsy. If life allowed and you had the opportunity (job money home) would yo move to St Ives, stay where you are or move somewhere else

Joopsy says: Thanks Night Owl. I've never felt more settled than where we are now, as much as I love St Ives I'm really not sure I would want to live there. Music is a huge part of our lives and there are so many cities and venues within an hour of where we live so it makes it very easy for us. If I was to move it would probably be to central Lincoln, I love the city and we currently live about 8 miles outside, but that suits our lifestyle now.

where is your favourite place to run?

Joopsy says: Thanks NSC! Within about 400 yards of our house I am onto trails and over bridleways and paths into rural Lincs. I have one particular 8 mile route which takes me past three little
churches, nothing fills me with more peace and solitude than running along there with Sprite, my dog. 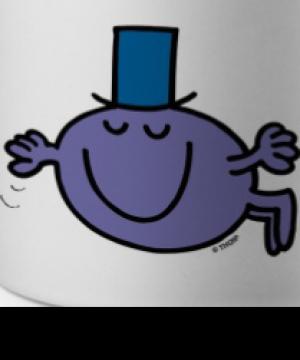 shanksi asks: Congratulations, a much deserved MOTM. What is the answer to the question you would most like to be asked?

Failing that I think France will win it.

Me with the hammer and Big Chief and Hendo as the moles. I'd really like that. 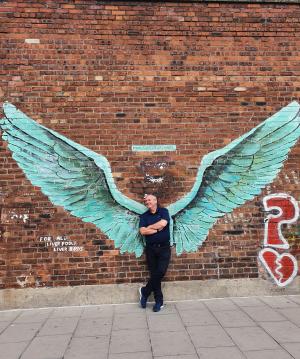 bigleggy asks: Congratulations mate. Well deserved. We got to know each other after a little bit of an argument. Is that your usual MO when it comes to making friends ??

Joopsy says: Thanks buddy. Only with scousers Leggy, best form of defence is attack! Seriously mate, I like to think that I can look at myself sometimes and acknowledge where I've been a bit of an idiot, it's part of growing up (it's a life long process for blokes) and in that episode I definitely needed to do that.

BaronessBL asks: Many congratulations....Who are the people who have most inspired you - firstly as far as running is concerned but secondly just generally in life?

I've got so many wonderful people in my life that it's hard not to be inspired. Top of the list is my wife, she is the simplest, most uncomplex person I've ever met and just inspires me to be a better person. My parents were and are great inspirations along with my brother and my kids. I'm just extremely fortunate to have so many amazing people in my family.

In running terms I don't get inspired by famous Runners, I find watching running on TV incredibly dull, like anyone I like to watch Mo win but it doesn't inspire me to run. The people who inspire me are Fetchies, people like my mate Big Al, who has run every day for about 8 years, like Siouxsie who runs ultras whilst holding an incredibly stressful job down and raising four boys on her own or like Santababy who just gets better and better as a long distance runner the older she gets.

I once got so inspired by Binks after reading his book that I ran a 53 mile race two weeks later on that back of one 15 mile training run.

Probably the three people who inspire me most in running though probably wouldn't even know. One is the Fetchie _Andy . Andy like me is married with four kids and has a very busy life but balances it all alongside being a phenomenal distance runner. He gives me hope that I should be able to fit it all in.

Another is the Fetchie Hellen, a few years back we were similar paces and often finished races within a few seconds of each other. I never really put the work in to improve, H went from being a 4:30 marathon runner to a VLM championship start and winning marathons, as well as running ultras for Britain. I hope she won't mind me saying I don't think she has lots of natural talent, she achieved most of it through sheer hard work and determination. I'm dead proud of her.

The last one is not a Fetchie but a guy local to me called Ronnie Staton. He is a talented runnner, a top coach but his outlook on life in general is brilliant despite having been dealt some poor hands in the past. He's always got a positive look on things.

Sorry, I went on a bit there. 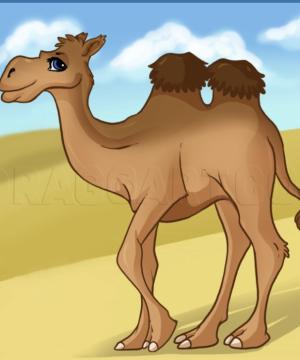 Alice the Camel asks: Congratulations Joopsy, very much deserved. What would be your motto/mantra for life?

I have a few that I have had passed on, either from fellowships or just great spiritual mentors.

Keep it simple - I can be a complex character so I really need this one.

One day at a time - I think everyone knows the fellowship this comes from.

It's better to be kind than right - I tell my kids this one a lot but boy it can be hard to follow when you know you are so right!

_andy asks: Nice one Joopsy! Good to see you in the hot seat as our MVP this month. Question... how have you managed to juggle lots of running with all those children of yours? Any advice to others with vast families? And if you had your time again, would you do anything different with regards to the work/life/family/beer/running balance thingy?

Joopsy says: Thanks Andy, I must say I answered the question of Baroness BL before you posed this one.

I don’t actually run that often these days but quite simply I have to find the time, my own independence and peace of mind is vital to living in a busy family and running is very much part of my own identity, something I do for me and that only I am responsible for. A couple of things give me lots of time over other people, time that I now see as wasted. One is drinking, because I don’t drink alcohol I never lose time to hangovers or waiting on lifts etc; I also don’t watch TV much at all, I don’t lose hours to sitting around watching stuff that just doesn’t matter. Music is a massive part of my life and I would much rather listen to a record or go to a gig than watch TV or a film.

As for having my time again, all roads lead to now and I’m really happy with my lot. We’ve got a good lifestyle and I’m very grateful for all we’ve got. Yes I have some big regrets and if I could change three things I would have stopped drinking alcohol about 5 years before I actually did, I would start running about 10 years before I actually did and I would have discovered the joys of camping before the kids came along and it was just me and Sarah.
Back To Top