HappyG(rrr) asks: Many congrats! Another 3:15 super speedy lady! So, a question - what is the deepest wisdom you have received from ptb (or Lou or any of the other 3:15 speedsters!) Congrats again! :-)G

Curly45 says: Cheers Happy! I think the best advice from the thread has been the constant reminder that you don't get 3:15 without being serious about it. I think sometimes we forget how much work we need to put in to get a time as we have so many faster runners around us all the time. But because its hard, its worth it all the more.

Or maybe its even pacing the marathon is the only way

But frankly considering I'm a rubbish pacer I don't think I learned that yet. 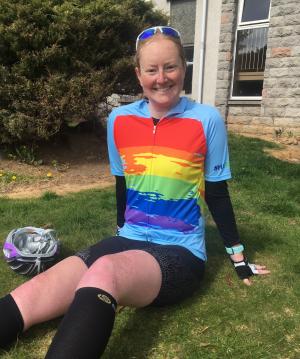 my question... can I be a real cheese lover if I don't like stinky strong blue cheeses but am mostly a fan of cheddar and edam (the "tame" cheeses).. and which cheese would you recommend to me if I wanted to branch out a bit?

Curly45 says: Thanks CS. No you can't, but I would recommend some of aged goudas or prima donna for an edam style or old Winchester (cheddar and parmesan cross). For blue that isn't scary you would probably like Blue Murder. Its the only square blue cheese in the world AND its Scottish.

buttscratcher asks: If you were permanently afflicted for the rest of your life would you rather have a runny nose or an itchy bum

Curly45 says: Runny nose. Just hook a tissue with string and tie over your ears. Change every hour. Sorted.

No prizes for guessing yours.

Night-owl asks: Congratulations Curly. I have always found you inspiring. Where do you get your inspiration from?

Curly45 says: Thanks N-O! Loads of peeps I know and some I don't. But mostly from the idea that there are only three types of runner. Those you will never beat (awe and respect to them), those you will beat one day (friendly rivalry) and those who will beat you one day (train as hard as you can to make this day as far away as you can)!

Selenography asks: Congrats Curly! Thoroughly deserved. My question is...as a runner, do you have any compulsive habits that you need to abide by?

Curly45 says: Cheers Xmas SS! Haha well these days I check and triple check my kit, after shorts gate at Bristol half! Otherwise, I don't think I do to be honest. Definitely check shorts though. Key piece of kit that!

PowerJen asks: Nice one Curly - well deserved. What distance do you prefer to run?

Curly45 says: Ta PJ. Training wise: the longer the better. Racing wise: a mile is my favourite. Hurts like crazy, but is over quickly. Everything else involves my nemesis of pacing

Night-owl has beaten me to it

2nd choice is: Are your PBs down to Magpie Rob's cake baking?

Curly45 says: Thank you. Absolutely! Especially my highest weight ever as currently

Scones, cakes and toad in the hole. Nommmm.

Windsor Wool asks: congrats Curly; you've been clocking a lot of miles - what's the BIG target? Once you've got back running again of course, when will that be btw? Sorry, that's 2 questions!

Curly45 says: Thanks WW. Well the next big target was London for that elusive sub 3:15. Due to illness I think it'll be 2015 now. No ideas on returning yet. Still awaiting test results. It depends what they say about when, where and if I can train again

DrPhleecingD asks: Well done curly, what an amazing year you've had! I'm really sorry you haven't been well and I hope you're better soon x What was your best race ever?

Curly45 says: Cheers Fleecey. Am sure I'll be better soon. Favourite race eh. Ooo um, probably the 5th Avenue Mile in New York. Tres pricey but brilliant. Or Bristol half where I got my champs time as an average race, but it all came together on the day. Two is cheating a bit isn't it 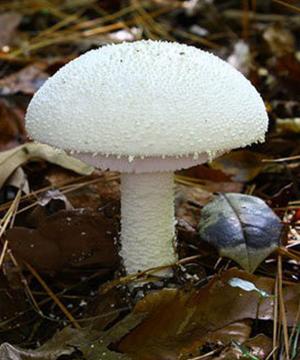 Mushroom asks: Well done on MOTM! Who put the Wop in 'Bop-ditty-bop-de-wop-de-wop'?

DeeGee asks: Congrats Curly. Now, if you were to live on a desert island (albeit one with a refrigerator), which three cheeses would you take with you?

Curly45 says: Ta DeeGee. Hm tough one. Stevenson Red Leicester, Beauvale and Beaufort I think. Then you can cook: fondue (Beaufort is a boiled milk cheese so doesn't split when heated), cheese stirred in stuff like mushrooms (beauvale as its a creamy blue) and have something sweet (Stevenson tastes of Scottish tablet to me).

DuncanG asks: Congrats and all that. What has been the most valuable training session for you in getting your HM time to tumble?

Curly45 says: Cheers. No magic session. Just lots of miles, most slow, some fast and consistent consistency. That and a really good coach!

RichHL asks: Congratulations, Curly. How do you cope with life on The Bench?

Curly45 says: Thanks Rich (I think ;)). Moaning mostly, but its not like being injured where you have the energy to run but can't. I am practically collapsing after work with tiredness so I haven't really missed it too much from that perspective. I miss the running headspace a lot though.

Hills of Death (HOD) asks: Congratulations Curly tell me what does Magpie Rob have that other men don't

(both a blessing and a curse!)

What do you consider to be your favorite/most worthwhile quality session?

Curly45 says: Ta muchly Ducky. Favourite?!? I hate them all equally... That's why I train with the club because they make me run fast! So I suppose 4 x 6 mins at 10k pace in the dying sun in Richmond park in the summer with the club isn't too bad. It gets you fit too! 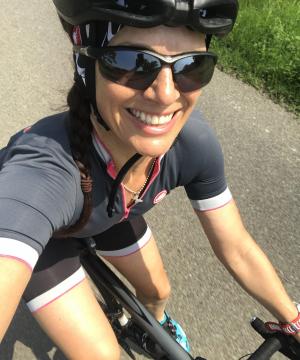 runningmumof3boys asks: Congratulations Curly xxxx
when will you stop perming your hair ?

Curly45 says: Ooo difficult question, a pb is always good in my book. For its meaning in terms of further qualification for the Champs at VLM though, it has to be the sub 1:30 at Bristol. To actually be good enough to qualify for something is a dream come true. I'm realistic about that still being a very slow standard in comparison to the men's time (sub 1:15), but still I got it with some serious slog and not even illness can take that away. Thank goodness it lasts for two years as well.

colindglen asks: Well done. What you getting for Christmas?

Curly45 says: Cheers! Um nothing, I'm not massively materialistic as it happens, which is lucky as I'm just about to be made redundant. If I could have anything I'd like a day with Magpie in bed with a butler to bring us meals

QuinsRunner asks: Hope to see you back at Bedfont Lakes soon.

Curly45 says: Yeah I hope to be back soon too. I did manage 3 whole miles on Christmas day.

NortonFlyer asks: How do you get to do that thing where you bend over back wards?

Curly45 says: Hah double jointed back and lots of booze!

Runnyphine asks: Hi Curly45! I'm so pleased that a Ranelagh won Fetchie of the month as Im a ranelagh Junior too!

Curly45 says: Hello! Good to see a junior on here

Geprig asks: Congrats. With Valentine's day coming up, what is the cheese of Love?

Curly45 says: Thanks Geprig. Cheese of love. Hmmm, you can buy heart shaped godminster cheddar, but for me its probably Gorgonzola as its from the country of love or Langres as its to be eaten with champagne.
Back To Top