pedroscalls asks: Congratulations on the MoTM win. My question is if time and money were no object what route or race would you most like to run?

RunHammyRun says: Thank you, I guess like most people the iconic ultra marathons in the USA tempt me like Badwater and Western States so if money were no object I definitely like to give those a go. I also quite fancy the Tahoe Rim 200 so that could be on the bucket list at some point.

Serendippily asks: Well done. What or who do you tend to think about when you run

RunHammyRun says: Thank you. I usually try to empty my mind when I run, and not think about anything. I like to fall into a zone where it’s just relentless forward motion. This doesn’t always happen though, so I try and think about all the people who are supporting me, tracking me from home, and following my progress. I also think about my crew and my family who are waiting for me and I use them to keep me motivated. After all they’ve given up so much time to support me that I don’t want to let them down.

RRR-CAZ 🇬🇧 asks: Well done. Given golden tickets for any sporting event what would you choose to watch ?

RunHammyRun says: Thank you. I love all types of sport so that is a really tough question. I love supporting at events and watching people achieve their dreams and that doesn’t cost a penny. I guess though if there was one event I could be in the stadium for it would be the World Cup Final with England playing of course! Failing that I would love to see the Olympic 100m finals live both men’s and women’s as I’ve always loved that event. 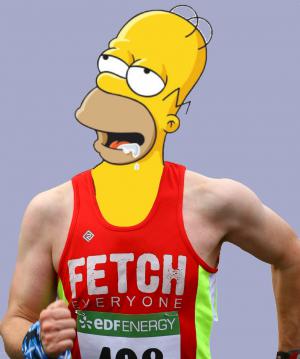 Homer asks: If you were designing your dream aid station, what crazy luxuries or services would they have for you towards the end of the race?

RunHammyRun says: This is tough because I usually want to spend as little time in aid stations as I can, so the more luxurious it is the longer I’d want to stay. The best thing would be a replacement pair of legs or a magic treatment that instantly stopped everything from hurting and gave you energy. They’d also need to have a fresh pair of shoes in my size for me to slip on for those last few miles!! That would all need to be done in less than a minute as well!!! For now though I’ll settle for a hug from my crew, a jam sandwich and a cup of coke or sprite!!!

RunHammyRun says: Thank you, I am definitely a red sauce kind of guy.

RunHammyRun says: Thank you. Another tough question, one of my Sporting Heroes growing up was Michael Jordan so I’d love to meet him. I also wouldn’t mind having a chat with Yiannos Kouros, one of the greatest ultra runners if not the greatest of all time to see if he could give me any tips!! 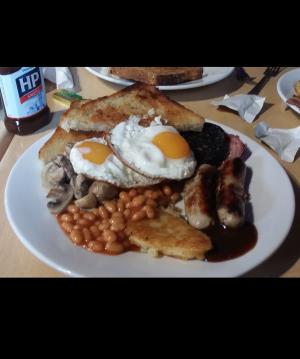 Lakes asks: What are your favourite SPAM related recipes?

RunHammyRun says: Well as a vegetarian this question was pretty difficult to answer... however my favourite SPAM related recipe has to be SPAM-free Carrot Cake, although I am also partial to SPAM-free vegetable fajitas!!!

um asks: Well done ... what do you think about (if anything) between miles 10 and 90, when the start is done, and before the final sprint starts?

RunHammyRun says: Thank you. For those middle miles I just try to get in the zone and not think about very much. That can be hard, but I find it important as otherwise your mind can wander to things that waste energy, such as how far do I have to go? How much your body hurts and other negative thoughts. I try to be as positive as I can on the long races, so if I can’t think positively then I try not to think at all! 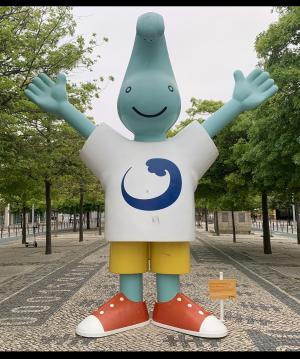 Pompey Paul asks: Congratulations on winning MOTM, TP100 and coming 3rd in SDW100 (despite the lack of jam sandwiches). So what is your favourite Centurion race and why?

RunHammyRun says: Thanks Pompey Paul, I think that my favourite centurion race has to be the SDW100. I absolutely love the route, as it is both beautiful and brutal and there is nothing better than spending a day on the Downs!!

I also have a special affinity for the event as it was my first 100 mile race and also I grew up and lived on the south coast for many years before moving to Bedford, so running on the South Downs always feels like coming home.
Back To Top