Fenland Flier asks: Congratulations RFJ, you reached 1000 miles running and have now taken up your exercise bike, what drives you to continue exercising while faced with balancing issues?

RFJ says: Many thanks Fenland Flier, yes the MS does cause me issues, so the exercise bike is a great option along with walking with the poles. What drives me, simply put, food, I like it too much so have to keep exercising to burn it off, also exercise is my stress buster, so gutted to have to give up the running, but settling into the bike and walking with the poles now..... how long for I don't know, but will keep fighting. Thanks again 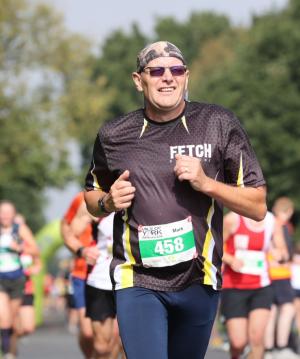 3M (aka MarkyMarkMark) asks: Congratulations RFJ. Well deserved MoTM!
If you could cycle anywhere in the world, where would you be taking your bike? And why there?

RFJ says: Many thanks Markymarkmark, good question, I hadn't thought of that one before, would have to be somewhere warm, but not too hot, one of my favourite places is Cyprus, so a challenge if possible may be to cycle up Mt Troodos one day for the views and also so I can burn the calories to have a nice Fish Meze and some Saint Panteleimon Wine... that's more in hope, but may be I will do recce when I am there next April COVID and MS permitting. I also want to set some times for the main running distance but on the bike.... certainly with trying to beat the running world records but on the bike for 1/2 and Full Marathons, I know that some can do this easily, but I am no cyclist....

RRR-CAZ 🇬🇧 asks: Congratulations RFJ. If you were to be given a golden ticket to sporting event what would you choose to watch ?

RFJ says: Thanks RRR-Caz, great question, I need to think on this one (apologies for the burning smell)

- This may sound strange but would like to go to one of the Diamond League athletic meetings in Oslo or Lausanne, and make a long weekend of it, either for the Northern Lights and also want to go to Switzerland (by Train as well). Or even better a golden ticket and travel to the whole series, now that would be special. So much on show in one night. For a non athletic event would have to see either Mike Oldfield or Jean Michael Jarre VIP pass for their concerts. Thanks and take care.

westmoors asks: Congratulations RFJ. If you could meet anybody, past or present, who would it be and why?

RFJ says: Thanks Westmoors, I will answer this question two-fold, as I know that I will meet the main person I want to meet when I die, Jesus, this is down to my Faith as a Christian, and also as my avatar name suggest RFJ (Run For Jesus), not that I can run anymore, but I can run the race marked out for me (Hebrews Ch12 V1-2).

The other person I would love to meet (and see in concert) is Mike Oldfield, as I find his music amazing and fascinating and takes me into places where I can chill, or be up for it.

Other notables, would be Billy Graham, Nicky Cruz and Kris Akabusi (all Christians and key in their fields and backgrounds)

Hills of Death (HOD) asks: Congratulations RFJ it’s a shame your running won’t be the same you’ve had some great runs what’s the highlight of your ‘career’

RFJ says: Thanks HOD, thanks for the friendly abuse ref football and falling

It keeps us going. I suppose the highlight and pinnacle of my running career came within a 8 of each other, the first being at the end of my marathon training (in taper mode) for Halstead Marathon in May 2009 and a 3:15 attempt, but 8 days before, I was on my home track in Andover for Andover AC (The Tesco's Bag Kit "Every Little Helps") where I was asked to run in for the club as a B string runner in the 5000m.... with 8 in the A string and the same in the B string, meant for a 16 strong field, of which I finished in 5th place with a new PB of 17:46. Then the following Sunday 8 days later was to be my first attempt at sub 3:15 for the marathon after many failed attempts at sub 3:30, on the day, it went perfectly, and smashed it all with a 3:13:46, mainly down to the excellent coaching of a legend (Gobi). I have had many other great races, but those two are up there as the best.... Footnote, I also loved doing the "Reverse Runner" at the Kent Road Runner Marathons as these were special too 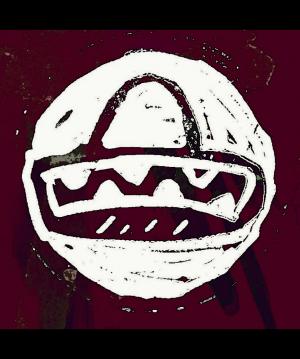 Sombrero asks: What would be the best punishment for Ademola Lookman's penalty miss? (A) Lick Donald Trump on the left cheek (B) Lick Boris Johnson on the right cheek.

RFJ says: Thanks Dave, your support has been invaluable and loved the lockdown virtual races. In relation to your question, there needs to be a (C) Both....

(and the same goes for Cavillaro too.....) Take care and keep printing

steve45 asks: Great too see you get MoTM! Are you ever nagged to stop doing your physical stuff by anyone and..is your food intake/diet changing much now that the roads aren't eating your calories?!

RFJ says: Thanks Steve, much appreciated. I used to get the micky taken out of me by friends and other runners saying I should give up running after my many falls, I wouldn't call it nagging though. Though my Sister was possibly the most vocal.... But my family, ie Mrs RFJ, Daughter and Son are all runners too, so no nagging from them. The one good thing with running is that it burnt the calories, and I am now finding that as the miles dropped before I gave up running and after, the pounds have gone on, so I am now fight the flab... as I am writing this a couple of weeks before Christmas, there will be a few more pounds added no doubt, then in the new year will have to try and be better with my eating and exercise regimes, hopefully to include some circuits, biking and walking with the poles. Thanks and take care

Pothunter asks: Congratulations! Your log shows 26424 miles. Is there one mile in all of those that stands out for you?

RFJ says: Many thanks PotHunter, there is one outstanding mile that I can recall and it was at the Fetch London Mile in April 2009..... I had been training well and was ready for a good marathon attempt. Jnr my son was with me and he was just at the crossover point where he could beat me and I could beat him.... Off to warm up with Jnr, was concerned that he may beat me today as he is running really well...., my plan was simple 82-85 secs a lap for the first 3 laps then kick like mad for the last.... to get a 5:30 ish time. so we toed the line too fast - too furious.....

for a new 6 sec PB of 5:29, Jnr followed close behind with a 5:45 and a 4 sec pb... chuffed for him and for my self that day, and then did other multiple miles pacing others..... That is one of the best miles, the only other one i really enjoyed was when i got my last PB at the Marathon distance in 2013 in London for a 3:12:56, as I could not stop grinning the whole last mile....
Back To Top