My First Memories of Running 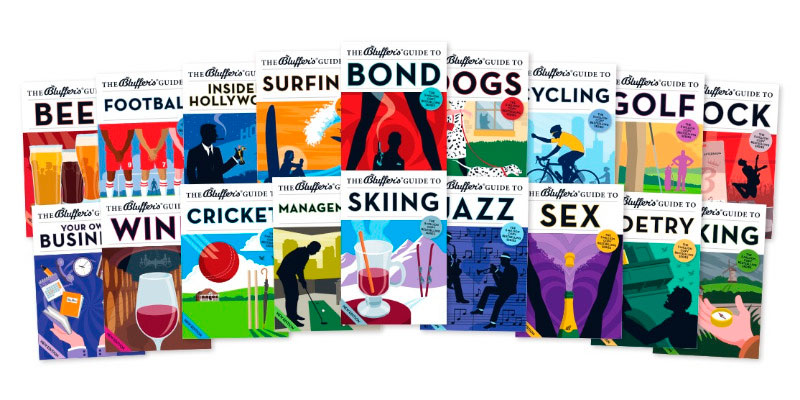 Win a set of Bluffer's Guides

Keep reading to find out how you could win a huge set of books from Bluffer's.

I will hopefully log my 10,000th mile of running on Fetch this year. Running has taken a bit of a back seat because of #FEXIT, but I should get there in another couple of months. It got me thinking about those first few miles that I logged, and also got me reminiscing about a time before I called myself a runner - and those formative brushes with the sport that must have played a part in putting me where I am now.

As a kid, I used to sit on the back bumper of my dad's van, and write down the number plates of cars that went past. Just for fun. The road was quiet enough by today's standards that I got some fresh air whilst doing so. But one day, I was lucky enough to be in my garden when the 1983 Rhymney Valley Half Marathon went past. The results tell a story - only 6% of the field were women. The categories include F(emale), and V(eteran), but no sign of FV. A massive 70 competitors went sub-1:20, which would be pretty rare in a field of less than a thousand these days - although the altitude drop from Rhymney to Caerphilly would undoubtedly have helped. And amongst them was future Olympian marathoner Steve Brace, who managed sixth place. Of course, none of this crossed my mind as an eight-year-old, I just remember the feeling of amazement at these people who were allowed to run freely on a road I wasn't allowed to cross on my own.

My fascination with the A469 continued, when one evening, my dad and sister came into the living room wearing black bags over tracksuits, and announced that they were going to run along the road to the viaduct and back. My dad was a boxer in his youth - and a Welsh champion no less. He owned a book called Get Fit For Life with Henry Cooper on the front. I don't know whether dad was staging a comeback, or just having a mid-life crisis, but I do know that I was jealous of them going out for a run, and disappointed that I wasn't allowed to go because I was too young. I'm pleased to say that I've run with them both since then!

In 1986 I started comprehensive school, and as part of games lessons, the whole class of thirty boys took turns to try the hundred metres. This was an excellent opportunity for the teacher to get through a few B&H, but it also brought out the competitive side in me. I have only ever raced 100m once since (2008, DNF - see pic below), and so my personal record of 19.92 seconds still stands. I was last but one.

I remember watching the '88 Olympics, and noting down the records for the different distances, and imagine what my best times could be. I loved the dream of optimising the numbers just as much as the idea of running - and so the fact that I didn't do much about it didn't matter too much to me.

Undeterred by my sprinting ability, I briefly joined the junior track team at Bargoed AC. I think I went about three times. I can still recall the wonderful but awful scrunch of the cinder track, and the diminishing view of all the other kids who always skinned me before we reached the first bend (where, I was pleased to discover, they had a most excellent sand pit). I remember having enough breath to plead with the other boys to slow down a bit so I could run with them - but of course they never did.

Putting them all together, my memories of running are united in watching other people be stronger and faster than me. Fast forward to 2003, and it took some convincing to get me onto a treadmill during my gym induction - but within a week, I knew that all along I'd been a runner. There will always be those who are faster or slower. We all set our own world records. And thanks to this site, there will always be someone to run with.

Win A Set of Bluffer's Guides

Bluffer's Guides are a collection of humorous pocket-sized guidebooks, written by experts and offering readers the opportunity to pass off appropriated knowledge as their own on a variety of subjects. The series has sold five million copies worldwide.

For the chance to win a huge set of these books, write a blog to share your early memories of running, and one lucky winner will receive a set of these very useful guides.

Competition Rules
1. Usual site terms apply i.e. don't mess.
2. Blog entry must be titled 'My First Memories of Running'.
3. It must be posted by noon on Monday April 10th.
4. Entry must be at least 500 and no more than 1000 words.
5. Winner will be judged and announced later that week. If you enjoyed this article, please share it with your friends: